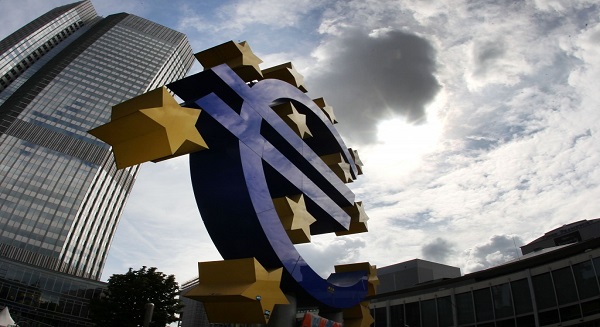 Euro zone consumer price inflation dropped in January, bucking market expectations for a rise and providing a possible trigger for further easing by the European Central Bank to sustain a fragile recovery and ward against deflation.

Consumer price inflation in the 18-country bloc fell to 0.7 percent year-on-year in the first month of 2014, down from 0.8 percent in December, data from the EU’s statistics office Eurostat showed on Friday.

Inflation last touched the 0.7 percent level in October, which was the lowest inflation reading for the single currency area in nearly four years.

“The ECB’s sensitivity to inflation data was already high and even a small surprise like this one today might tip the balance towards more easing,” said Frederik Ducrozet, a senior euro zone economist at Credit Agricole.

“I would not expect action next week, rather a stronger wording for a possible cut later, possibly in March,” he added, referring to the ECB’s February 6 meeting.

Economists polled by Reuters expected consumer price inflation to accelerate slightly to 0.9 percent in January, a level that is still well below the ECB’s target of close to but below 2 percent.

The drop in January was prompted by a 1.2 percent fall in the highly volatile price of energy, which was flat in the previous month. The cost of food, alcohol and tobacco products were up by 1.7 percent on the year.

Although ECB President Mario Draghi said in January deflation was not threatening the euro zone, a number of countries are already suffering deflation and the International Monetary Fund warned deflation was a potential risk.

The ECB, which cut its key interest rate to a record low of 0.25 percent in November, is expected to stay put until mid-2015 unless money market rates rise and the euro strengthens.

In Germany, Europe’s largest economy, consumer prices fell by 0.7 percent on the month, keeping the annual inflation rate steady at 1.2 percent, with both figures coming below expectations.

A separate Eurostat data release showed on Friday that the unemployment rate in the euro zone was stuck near a record high at 12 percent for the third month running. It is widely expected to ease only very modestly in the coming quarters.

Some 19 million people are out of work in the euro zone, slowing the uneven recovery as Europeans remains cautious and thrifty, proving only a limited boost to economic growth.

“The job crisis is far from over and efforts must continue at EU level and in member states to fight this scourge and ensure an inclusive and sustainable recovery,” EU Employment Commission Laszlo Andor said in a statement.