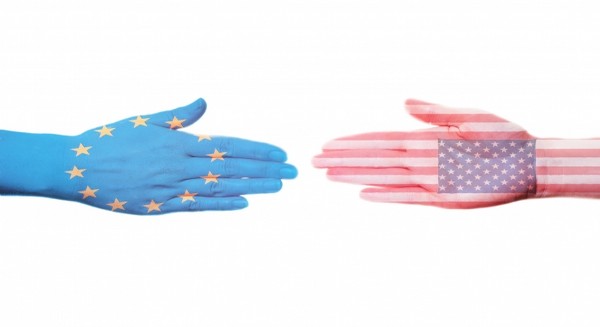 A second round of EU-US talks to seal the world’s largest free-trade accord concluded Friday with both sides hailing “step by step” progress.

“This second round has given us an opportunity to probe more deeply into our approaches,” said chief United States negotiator Dan Mullaney after a week of talks on the trans-Atlantic Trade and Investment Partnership (TTIP).

The European Union says a deal would bring 119 billion euros ($160 billion) a year of benefits for its 500 million people, and only slightly less for the United States.

But first the two sides have to recognize or agree on common standards from everything to food or auto safety to investment, with this week’s talks focusing on energy, raw materials, services and investment.

“We are advancing step by step. We worked intensively on a number of sectors to strengthen the compatibility of our regulations,” said EU negotiator Ignacio Garcia Bercero.

He said it was vital for the two sides to agree on rules and standards for cosmetics or medical devices “without compromising the standards” enforced on both sides of the Atlantic, he said. The negotiators on Friday briefed some 400 EU and US businesses, consumer groups and trade unions on the talks.

A third round is scheduled for Dec. 16-20 in Washington as both sides work towards a final accord likely to take several years which would cover some 40 percent of global economic output and 50 percent of trade.

This second round was to have been held in October, but due to the US government shutdown had to be postponed just as a spy scandal between the US and its allies deepened.

An EU official close to the trade talks last week conceded “there may be issues of trust”, but stressed that Europe would not compromise its personal data protection standards even as it must discuss the wider issue of information transfer.