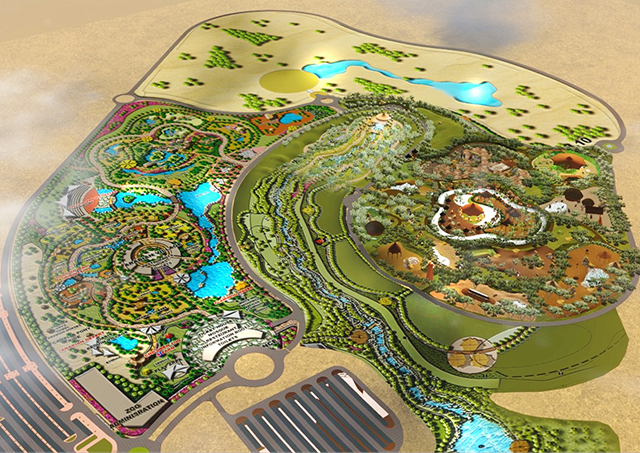 Dubai’s new zoo, Safari Park, is expected open by mid-2016. The project which will cover a total area of 119 hectares is at Al Warqa behind Dragon Mart and will cost $40.8 million (AED 150 million).

Set to replace the current 1.5 hectare zoo on Jumeirah Beach Road, The Safari Park will be home to nearly 1,000 animals from around the world, including 350 rare and endangered species.

Hanan Hassan Al Aradi, an official at the Dubai Municipality, told  that the Safari Park’s design is based on the world’s best zoos. “A team of specialists visited a number of the world’s best and important zoos, such as those in Indonesia, Singapore, Austria, Germany and the San Diego Zoo. It is important to note that we did not only use their best practices but also adapted them to suit the needs of Dubai,” she said.

The zoo will use environmentally-friendly systems – including a hybrid operational system, water recycling, waste disposal, and recycling facilities – and solar energy.

It will entail a landscape featuring 2,500 trees and 100 different kinds of plants.

The animals’ cages will be temperature-controlled and designed to use water-cooled greenhouse technology.

Other attractions at the zoo include a golf course, botanical garden, butterfly garden, and restaurants.

Construction on the project has been in place since 2012.