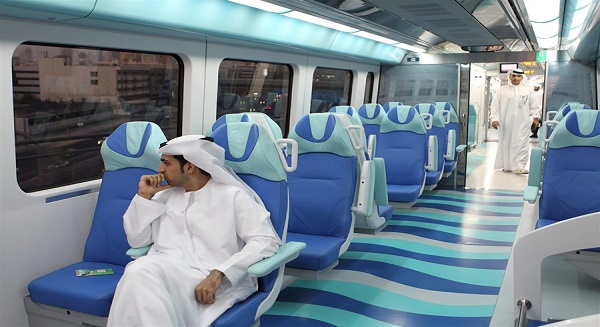 Dubai’s Roads and Transport Authority (RTA) has signed a Dh2.09 billion ($569 million) deal for renewing the contract for the operation and maintenance of Dubai Metro with the British Serco company.

The new deal will expire in September 2019. The contract is renewable for further two years and marks a 23.5 per cent reduction in the worth of the operation and maintenance contract made for the previous five years, said a statement.

Mattar Al Tayer, chairman of the Board and executive director of the RTA, said that Serco was selected in recognition of its good performance record in operating the Dubai Metro over the past four years.

The original contract made with the company in 2008 includes an provision offering the RTA to renew or extend the contract for five additional years, and Serco is experienced in operating and maintaining a number of metro and rail lines in Europe and Australia, he noted.

“Under the contract, the company will provide operation & maintenance services for all assets of the metro system including trains, railways, stations and all associated facilities during the contract period,” said Al Tayer.

“It will also provide high-class passenger transit services compatible with the daily changes and fluctuations in the flow of passengers in the metro network. It also attends to operating the metro revenue system, collecting revenues of selling and recharging of Nol cards at the metro stations, and providing placements for citizens as well as training them with a view to realizing targeted Emiratisation rates over the next five years.

“The RTA is keen on striking a balance between Emiratisation and the transfer of international expertise in operating the rail systems; which is a new field in the region,” he added.

“Tasking the metro operation and maintenance process to specialized international firms is attributed to a myriad of factors highlighted by the fact the metro operation & maintenance requires experience and knowledge about the methods of scheduling metro lines, and a range of sophisticated electronic, computer and mechanical systems on which the system is based in addition to the administrative expertise required for running the system in an excellent manner,” added Al Tayer noting that there are no local experienced personnel in these fields and hence it will be difficult to establish a technical administrative unit to cater to the metro operation without seeking the support of an expert entity specialized in this field.

Citing more reasons underling the award, Al Tayer said: “The operation of the Red and Green Lines of the Dubai Metro requires about 3,200 employees to operate and maintain the metro and it will be difficult for the RTA to source and train this huge number of qualified technical cadres since the RTA has no existing metro systems to train new recruits on.”

“Meanwhile the specialized companies have the ability to go about this business thanks to their other systems in place along with their knowledge and interaction with specialists, experts and technicians in this filed around the globe. Thus it will be easier for the company to source skilled staffs and deploy them on the Dubai Metro project,” he added.

Christopher Hyman, group chief executive of Serco, said: “We are delighted to be extending our contract to operate one of the world’s most advanced urban rail systems.”

“The Dubai Metro is truly iconic and it gives us great pride to continue our partnership with the RTA, play a part in the development of integrated and sustainable transportation systems for Dubai’s residents and visitors, and to support the RTA’s vision to provide safe and smooth transport for all,” he added.