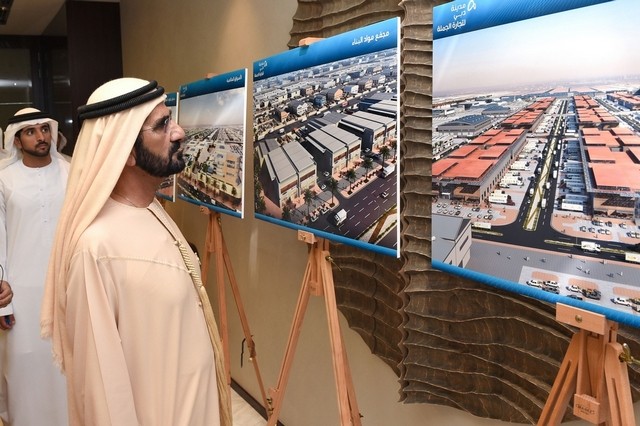 The world’s biggest wholesale city, with an investment of Dh30 billion (£5.9bn), will be set up in Dubai.

The city will have everything ranging from banking services and cargo centres to markets, warehouses and residential units. The city aims to accommodate as many as 15,000 wholesale traders. The UAE government intends to boost the global wholesale sector from the current value of $4.3tn to $4.9tn in the next five years. Dedicated “Country Pavilions” will be erected allowing businesses from several nations to showcase their products and services.

“The UAE is moving on with its strategic plan to diversify the national economy away from a dependence on oil. It has its unique economic vision that enables the creation of new economic sectors to contribute to the nation’s growth, even while upgrading existing sectors to ensure they are on par with highest global standards,” reads a statement released by the vice-president at the inaugural event.

Named Dubai Wholesale City, it will be a 10-minute travel from Al Maktoum Airport and Jebel Ali port. The Gulf state said it will also provide logistical support which will help connect all the four continents.

“The city will be the capital of international wholesale and will be connected with four continents to include the largest number of wholesalers globally in one place,” added the ruler of Dubai. Besides having the world’s largest e-commerce platform for wholesale trade, the city will house integrated trading parks and international trade exhibitions. It will be developed by the company Dubai Holding.

Mohammed Al Gergawi, Chairman, Dubai Holding, said: “The new Dubai Wholesale City complements the series of projects in the emirate that articulate the unique vision of Sheikh Mohammed bin Rashid towards launching integrated destinations (cities) that serve diverse economic sectors. These include the Dubai Internet City and Dubai Media City that collectively host more than 5,200 companies and over 67,000 professionals across multiple industry verticals.”