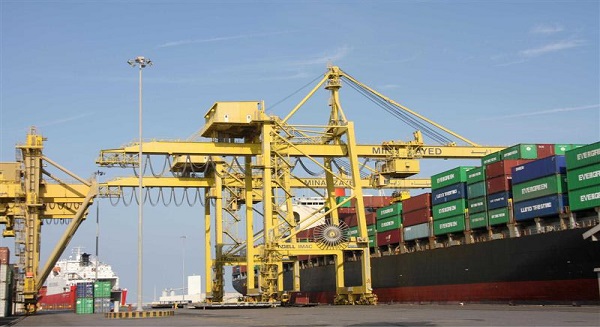 Dubai has cemented its position as a regional and global trading hub, as the world’s trust in the emirate’s potentials is leveraged in view of the highly developed infrastructure and efficient logistics and customs facilitations placed at the service of world trade flow.

Figures released by Dubai Customs have shown that the emirate has reinforced the diversity of its foreign trade in the first half of 2014, reflecting a key change in the commodity composition of trade to cope with the UAE’s fast shift to a knowledge economy, which is based on smart technologies.

In keeping with the drive to implement the smart government and becoming the world’s smartest city, phones and PCs scored a 17 per cent share of the total value of Dubai’s foreign trade in H1 2014.

Trading in phones recorded an 11 per cent growth compared to the first half of 2013, amounting to Dhs85 billion compared to Dhs76 billion. Phones topped other commodities in Dubai’s foreign trade, with China being the leading source for phone imports to Dubai, amounting to Dhs27 billion, while KSA was the main destination for phone re-exports with a value of Dhs8.5 billion. On the other hand, computers recorded a 9 per cent growth at Dhs27 billion compared to Dhs24.6 billion. Trading in computers is faced with an increasing demand on smart IT hardware.

Sultan Ahmed Bin Sulayem, Chairman of Ports, Customs and Free Zone Corporation, said: “The commodities and markets’ diversity currently seen in Dubai’s foreign trade is attributed to the strategic initiatives launched by His Highness Sheikh Mohammed Bin Rashid Al Maktoum, Vice President and Prime Minister of UAE and Ruler of Dubai, to shift to a smart economy that puts Dubai on the fast track towards becoming the world’s smartest city.

These initiatives are accompanied by a rise in the trade of smart technologies to reflect the evolvement of the emirate’s economy to the knowledge economy, keeping pace with the latest trends in world economy.” The diversity of Dubai’s foreign trade is being accompanied by noticeable expansion in the tourist sector. Over the first six months of 2014, the number of tourists who visited Dubai went up to 5.8 million.

With more tourists flocking into Dubai’s jewellery souks, the emirate’s jewellery trade increased 12 per cent in first half of 2014 to Dhs29.5 billion compared to Dhs26.4 billion in the same period last year.