Putin overwhelmingly wins another 6 years as Russian leader19 March 2018Next 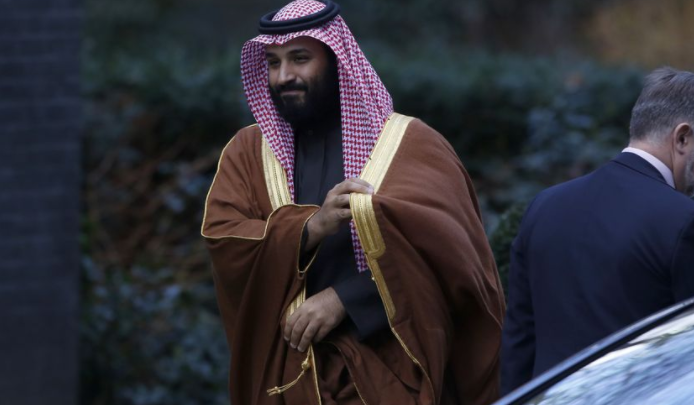 Saudi Arabia’s crown prince, Mohammed bin Salman, arrives in Washington on a grand tour of the U.S. this week seeking to burnish his credentials as a decisive reformer to do business with.

With reports of brutality at home, delays to his plans to transform the economy and a deepening proxy conflict with Iran in neighboring Yemen, the prince’s charm offensive to the American capitals of government, finance and entertainment has taken on more urgency.
The 32-year-old prince will meet Donald Trump on March 20, his first trip to the U.S. since taking over as de facto leader of the world’s largest oil exporter. The aim is to strengthen their bond after he rolled out the red carpet for the U.S. president last May in Riyadh. On that visit, both sides played up their mutual interests in containing Iran, tackling Islamic extremists and enhancing business ties.

Since then, things have changed. Prince Mohammed locked up dozens of the Saudi business elite in November for about three months in a declared crackdown on corruption. The kingdom is also likely to delay the sale of a stake in oil giant Aramco until next year. Cuts to government subsidies are proving trickier and there’s uncertainty about how the country’s ultra-conservatives are reacting to social changes.

Prince Mohammed “will try to convince the U.S. business community that the anti-corruption campaign is not a threat to commercial operations in Saudi Arabia,” said Hani Sabra, founder of New York-based Alef Advisory. “He will play up his social reform agenda to try to repair the image of Saudi Arabia in the U.S. He will advance the narrative that he’s the steward that will take the country in a more liberal direction.”

The White House said the visit will strengthen ties between the U.S. and Saudi Arabia. Prince Mohammed will also dine with National Security Adviser H.R. McMaster to discuss $35 billion of business deals, Iran’s threat to their interests and the humanitarian crisis in Yemen, according to a National Security Council spokesperson.

There are also companies the Saudis are courting to help shift their economy away from oil. Planned meetings include the heads of Apple Inc. and Google as well as top movie executives on a tour with likely stops in New York, Boston, Los Angeles, San Francisco and Houston, according to person familiar with the itinerary. They spoke on condition of anonymity because the plans aren’t final.

Saudi officials and those at Apple and Google parent Alphabet Inc., which is in talks with Aramco to jointly build a technology hub in the kingdom, declined to comment.