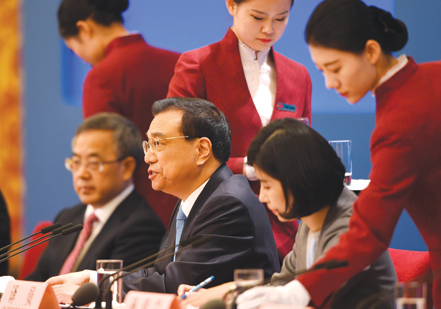 Voicing hopes that Beijing and the United States could avoid a trade war, Premier Li Keqiang told the close of the annual parliament session that China would open its economy further, so that foreign and Chinese firms can compete on an equal footing.

Fears of a global trade war mounted after US President Donald Trump’s imposed hefty import tariffs on steel and aluminum earlier this month and, according to sources in Washington, the United States is set to unveil new tariffs specifically targeting China by the end of this week.

“I hope both China and the US will act rationally, and not be led by emotions, and avoid a trade war,” Li told reporters in a televised news conference at the Great Hall of the People in Beijing.