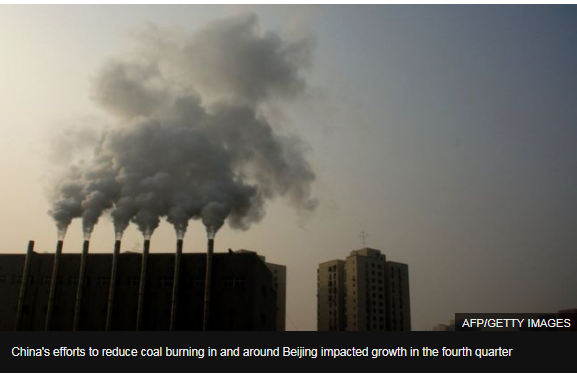 The figure comfortably beats Beijing’s official growth target of about 6.5%.

China is a key driver of the global economy and so the better-than-expected data is likely to cheer investors around the world.

But many China watchers are sceptical about the country’s GDP numbers and believe growth is much weaker than the official data suggests.

The numbers released on Thursday showed that in the last three months of 2017, the economy grew at an annual rate of 6.8% – slightly higher than analysts had been expecting.

A crackdown on risky debt together with an effort to reduce factory pollution dampened growth during the period.