Brazil to miss 2014 fiscal goal, but could avoid downgrade 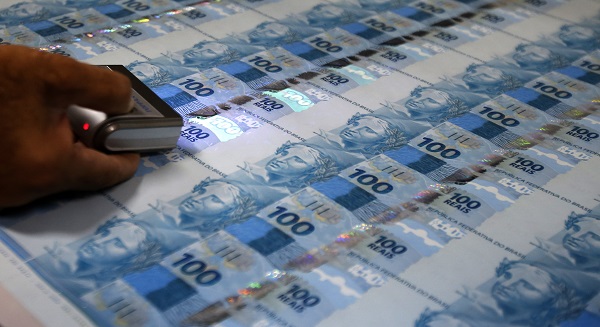 Brazil will likely miss its main budget target for a third straight year in 2014, but the government’s apparent decision to abandon accounting tricks will probably help it avoid a credit downgrade this year, according to a Reuters poll on Thursday.

Twenty-two of 35 economists surveyed said the primary surplus goal of 1.9 percent of gross domestic product set forth by Finance Minister Guido Mantega earlier on Thursday is out of reach, mainly because of a sharp economic slowdown that looks likely to be more severe than what the government expects.

The median forecast for Brazil’s 2014 primary surplus in the poll was 1.5 percent.

Still, only 15 of 34 economists expect Brazil to suffer a credit downgrade this year, with many analysts pointing to signs of greater transparency in the management of public accounts and a sharp decline in cash transfers to state banks as reasons for ratings agencies to hold off.

“The risk of a credit downgrade diminished; the government managed to buy some time,” said Rodrigo Melo, an economist with asset management firm Icatu Vanguarda in Rio de Janeiro.

Brazil’s government will freeze 44 billion reais ($18.4 billion) in budgeted spending this year, including some investments, to meet its fiscal savings target. The figure was higher than expected, according to many economists polled by Reuters shortly after the announcement.

The goals outlined by Mantega and Planning Minister Miriam Belchior helped increase the credibility of Brazil’s fiscal policy, according to 16 of 36 economists, while the remainder said it had a neutral impact. Only one said it had a “negative” impact on credibility.

Lockhart-Smith is less sanguine though about President Dilma Rousseff’s chances of avoiding an embarrassing downgrade during her campaign for a second term later this year.

“Incentives for high spending will be very strong. The new target makes a ratings downgrade less likely in the short term but this is still a significant risk as 2014 progresses.”

Many economists said that although the newly announced goals addressed many investor concerns, such as including more realistic projections for tax revenues, fulfilling these promises will be a hard task.

“Everything is credible if they have the willingness to cut what they should,” said Alberto Ramos, head of Latin America research at Goldman Sachs in New York.

The first test of Brazil’s stricter fiscal policy will be on February 28, when the government releases its fiscal results for January, said Tony Volpon, head of Americas emerging market research with Nomura in New York.

“I think they did their homework showing the numbers markets would like to see. But with economic growth faltering, it will be very hard to deliver these results,” he said.