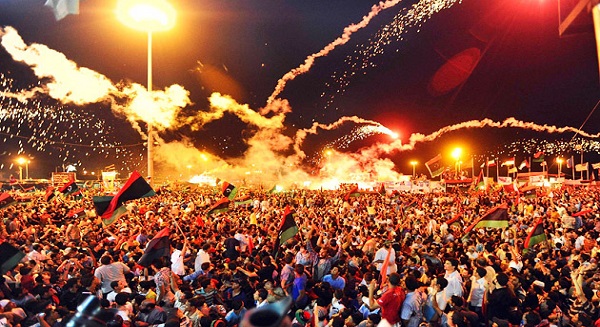 The Arab Spring uprisings will end up costing Middle Eastern economies about $800 billion in lost output by the end of next year as countries struggle to restore stability, HSBC has estimated.

HSBC predicted in a research report, cited by Reuters, that at the end of 2014, gross domestic product in the seven hardest-hit countries — Egypt, Tunisia, Libya, Syria, Jordan, Lebanon and Bahrain — would be 35 percent lower than it would have been if the 2011 uprisings had not happened.

“The combination of a severe fiscal deterioration, and a decline in government effectiveness, security and the rule of law will weigh heavily on policymakers’ efforts, even to bring employment back to pre-revolution levels,” it said.

HSBC forecast GDP growth in the Middle East and North Africa would slow to 4.0 percent this year, reviving only slightly to 4.2 percent next year, from 4.5 percent last year and 4.9 percent in 2011.

Egypt, for example, is expected to grow just 2.2 percent this year and 3.0 percent next year as it faces heavy pressures on its state budget and external accounts — growth rates which many analysts believe are too low to cut its unemployment.

Partly because the Arab Spring lifted oil prices and encouraged governments to boost spending on social welfare in order to buy peace, Gulf countries have mostly prospered since 2011.

HSBC said the Arab Spring had also damaged the Gulf economies, by increasing their dependence on government spending.

Other countries with lower ratios of oil wealth to population may yet suffer as a result of the Arab Spring, it added.