China’s stocks rise after growth accelerates in Q318 October 2013Next 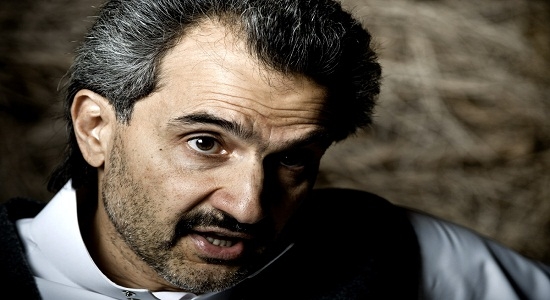 Below is the full interview with Reuters:

Prince Alwaleed bin Talal says he will not sell any of his shares in microblogging site Twitter Inc. when it goes public, and expects the firm’s IPO to hit the market later this year or in early 2014.

“Clearly the speed they’re moving with shows that they would like to IPO sooner than later. I believe it will happen either this year or early next year,” Alwaleed told Reuters in a telephone interview on Sunday.

“Twitter is a very strategic investment for us. We believe that it is just beginning to touch the surface. We have invested $300 million in the company. We will be selling zero, nothing, at the IPO.” He did not say whether he might buy new shares in the offer.

“With the 300 million customers they have and half a billion tweets a day, the growth potential is tremendous,” Alwaleed said.

The market expects the company’s value once listed to be more than $10 billion; Alwaleed sees potential for a much higher valuation.

“We hear that the company is valued at $14 billion-$15 billion but there have been trades above this valuation. We believe it might be worth more than that.”

But, the prince said: “In my discussion with Mr. Costolo and the management of Twitter, I cautioned them to be very careful and not to repeat the mistakes of Facebook. The lessons are not to brag too much, don’t be greedy — I mean price it right and be realistic.”

He added: “There could be a good surprise for the market, where Twitter revenues coming from mobile compared to fixed devices are way ahead of what Facebook came with at the time of the IPO.”