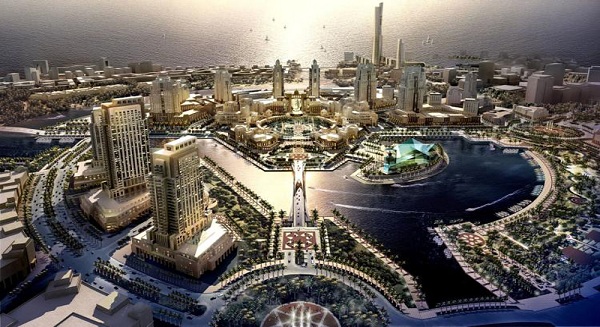 King Abdullah Economic City (KAEC) CEO and Managing Director Fahd Al-Rasheed has announced the launch of more than 300 investment opportunities for Saudi and non-Saudi investors with a total value estimated at SR4 billion in real estate and tourism, as well as fuel stations.

Al-Rasheed was speaking at a news conference on the sidelines of the Time Investment Forum at the KAEC on Wednesday.

The forum was held under the aegis of Saudi Arabian General Investment Authority (SAGIA) Gov. Abdullatif Al-Othman, who is also chairman of the economic cities, in order to familiarize the investment opportunities offered by the various sectors in the city.

The city, which is currently developing 28 million square meter land, has signed agreements with more than 70 international and local companies for projects in diverse fields with more than SR10 billion in investments. While companies such as Pfizer Global Pharmaceuticals, Sanofi and Mars are investing for the first time in the Industrial Valley, eight companies have already begun actual production, Al-Rasheed said.

”Its strategic location allows the King Abdullah Economic City to make a positive impact on the local economy, and become one of the most significant economic cities in the Arab world serving the global trade,” Al-Rasheed told Arab News.

He added that the special status and the excellent business environment enjoyed by the city reflected the ambition of the Kingdom’s leadership to achieve tremendous economic progress. ”The city is the economic model for the state’s initiative to develop partnerships between the public and private sectors,” he noted.

“This forum is a means by which we seek to increase the flow of investment to our city. We encourage business communities and investors to take advantage of what the city has to offer with the highest degree of credibility, transparency, security and safety and at the lowest level of risk, besides the facilities that the economic city offers to investors and residents,” Al-Rasheed said.

He added that another investor-friendly feature of the city is that all government services are available under one roof around the clock, seven days of the week.

In addition to outlining the current investment opportunities, the city’s Deputy Chairman Ahmed Lengawi told the forum that a seaport has been partly commissioned for the city, and 2,500 people are accommodated with schooling facility to 245 students to attend the World Academy, the first school in the city.

More than 200 investors and officials representing the private and public sectors attended the event to be familiar with the new projects worth SR 4 billion open for investments. The new projects include development of Al-Shorouq residential district for lower and middle level income groups comprising 1,340 residential units in the initial stage available for purchase. The district sprawls over 1.2 million square meters of land.

Another project is to develop the posh Al-Morouj residential district on the seafront extending over an area of 4.6 million square meters with 2,330 plots for villas.

The Al-Sahel Towers overlooking the sea covers an area of 59,237 square meters and comprises business centers and residential apartments

The city also offers investment opportunities for the development of low-cost and four-star hotels and resorts, for which sufficient space has been allocated at different places. A 150,000 square meter area has been allocated for a luxury beachfront resort in the Morouj district. Besides investments in real estate sector, the city also offers opportunities for petrol filling stations, and servicing of cars and trucks.