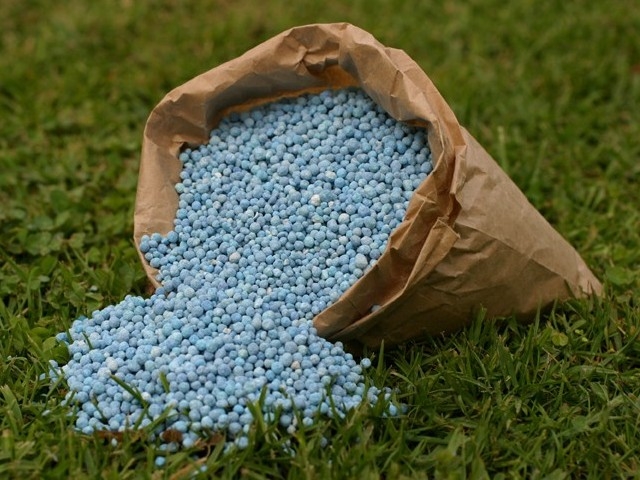 The Gulf Petrochemicals and Chemicals Association, or GPCA, said that the GCC fertiliser industry is also poised to gain from the region’s push towards renewable energy, as this could help address feedstock challenges in fertiliser production, particularly for natural gas.

In 2012, the fertiliser production capacity of the GCC was around 31.4 million tonnes. The industry’s capacity has been estimated to grow by ten per cent per annum over the next five years.

According to the GPCA report, global fertiliser demand would increase 1.8 per cent each year.

Liquefied natural gas imports in countries like the UAE and Oman have increased as it is used in electricity generation. Gas production has also gone up in Qatar and Saudi Arabia, so increasing LNG imports and production is expected to pave way for the development of downstream industries like fertilisers.

CRU consultant Kevin Breen said: “Currently, power generation takes up a lot of natural gas, but if renewable technology like photovoltaics are introduced in the GCC, it would help the petrochemicals and fertiliser industries.”

GPCA secretary-general Dr Abdulwahab Al Sadoun said that fertiliser companies should look at environmental conservation practises even as they strive to maximise profits.

At the recent Fourth Annual GPCA Fertiliser Convention, Dr Al Sadoun pointed out that the GCC’s fertiliser industry is a cost leader and must continue to improve its cost-leadership in order to retain its global competitiveness.

“Many producers in the region have implemented strategies to reduce greenhouse gas emissions, recover carbon dioxide and reduce water consumption.”

According to a GPCA report, petrochemicals production in the GCC increased by 5.5 per cent in 2012, despite a slowdown in global markets due to the recession in Europe.

With 6.1 million tonnes, petrochemicals production in the UAE currently accounts for 4.8 per cent of the total regional capacity.

According to Dr Al Sadoun, industry growth would transform the petrochemicals sector into one that is focused on technology, sustainability and enduring partnerships.

In 2012, the UAE continued its strategic expansion by awarding contracts for several key downstream projects in Abu Dhabi. Abu Dhabi Oil Refining was awarded a contract to build a carbon black and delayed coker plant in Ruwais. The plant is expected to be completed in 2015. It will have an annual production capacity of 40,000 tonnes of carbon black, 430,000 tonnes of anode grade coke and 520,000 tonnes of propylene.

Also in the pipeline is Abu Dhabi’s Tacaamol complex, which is being developed under the supervision of ChemaWEyaat.